Albuquerque is known for green chile, Balloon Fiesta, great weather, beautiful views and a very rich history and culture. Unfortunately, Albuquerque is also known for high rates of car theft, drunk driving and fatal car accidents. Headlines from this summer and heading into the last few months of the year clearly show just how dangerous Albuquerque’s roadways are. 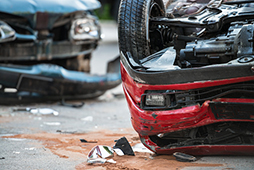 These headlines from the past few months likely sound familiar:

Statewide, New Mexico fares no better. Statistics from 2016 (the most recent year statistics are available) show that the number of fatalities resulting from car crashes per 100,000 people exceeds the national average—19.3 compared to 11.6.

What Makes Albuquerque’s Roadways So Dangerous

Albuquerque’s grid-like city design makes it easy to navigate, traffic lights are in working order and the city just does not have the traffic congestion of major metropolitan areas. So, what makes roadways so dangerous?

A number of factors may contribute:

How to Make Albuquerque’s Roadways Safer

The good news is that because so many roadway safety factors are under driver control, we can all contribute to safer roadways by:

Roadways may also be safer if negligent drivers know that they will face the consequences. If you or someone you love has been hurt or killed in a car accident, pursing the justice you deserve may also benefit your entire community.